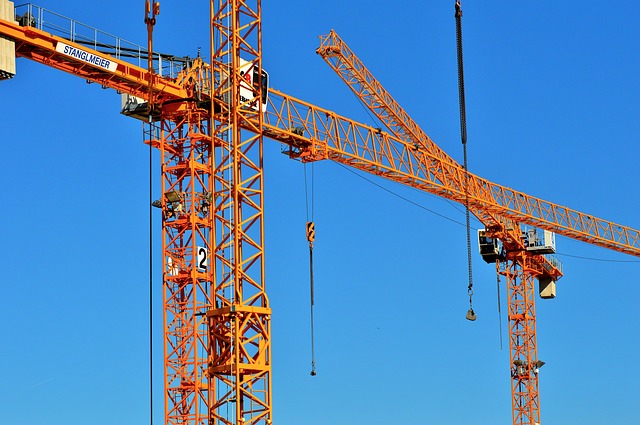 Construction sites are dangerous places where momentary mistakes can cause fatal accidents. There is a complex web of responsibility that goes into making workplaces safe, especially for people working around heavy equipment or at great heights. Roofers and steel workers are some of the highest-injury occupations in America. Sadly, a great deal of the legislation in place to protect workers, especially in dangerous occupations, was put in place reactively — as a response to disasters which workers suffered from.

Sometimes, the worst happens, and it can be difficult to work out who is responsible. Was an accident caused by human error, improper training, or negligence on the part of the employer? It becomes especially difficult to sort this out if the hazards cause illness rather than physical injury, which can take many years to become apparent. According to Eastern Kentucky University, chemical exposure is the eighth biggest killer of Americans. They cite that 32 million American workers are at risk of chemical exposure in their workplace.

For someone who’s been injured, proving that liability is with their employer can mean the difference between financial stability or crippling medical debt. For the families of workers who die on the job, the stakes are even higher.

Today we’re going to go through a few examples of truly tragic construction workplace disasters and look at the liability issues they call to attention.

Seven people died underneath a crane that collapsed in 2008. The New York construction project had several safety violations that had been documented before the accident. The workers were trying to lift the crane to reach a higher point in construction when part of it snapped.

This incident draws attention to the difficulty that comes with enforcing safety regulations. Companies may decide to simply pay the fines for violations, as they can be cheaper than fixing the underlying issue. This is one of the reasons that it’s critical to document every step of the process after a workplace injury, even a minor one. The likelihood that you’re entitled to damages is larger than you might think.

It’s extremely important to know and act on your rights and responsibilities in a work environment. Legislation is important, but diligence keeps you safe.

Not all disasters are singular events. Six workers died over the course of the 3-year project (2006 – 2009), according to The Big 5 Hub. The workers took part in a brief strike to protest poor safety standards on the project.

In the 1970s, a regulatory organization was created for workplace safety. The OSHA established a set of rules regarding safety conditions, maintenance of equipment, and training responsibilities to protect workers from negligent employers. Unfortunately, despite the fact multiple millions of workplaces are regulated by the OHSA, employers have, and continue to operate unsafe environments for their workers.

It’s vital to look for signs that a workplace isn’t compliant, because in many cases a worker will not be responsible for a workplace injury.

In 2006 a 10-ton construction platform fell onto a downtown Boston street. It was 13 stories high when it fell, and three people died. An unfortunate reality of construction is that you’re often performing a very dangerous profession in very public spaces. Interacting with public spaces, where it’s more difficult to control the environment in a safe manner, increases the likelihood that tragedy will strike as it did in Boston.

Even as pedestrians, it’s easy to take for granted the safety regulations enforced by the OHSA. Walking past or cutting through construction sites, walking under scaffolds, or letting kids play in that house being built across the street all carry serious risks for members of the public. But these things are often done with little thought given to the potential for injury. It’s important to make sure we’re interacting safely with construction sites; performing due diligence as a pedestrian as well as an employee can protect you in case of injury.

In 1978, almost 40 years ago, the catastrophic collapse of an under-construction cooling tower killed 51 workers. Celeste Monforton, MPH, wrote about the causes and aftermath of the Willow Island collapse. She notes that, as is common with tragedies like this, a number of factors, rather than just one, lead to the event.

Time seemed to be the biggest cause of mistakes here. Everyone was rushing, cement wasn’t given enough time to set, contractors were cutting corners. A combination of time pressure and lack of oversight caused 51 people to die.

The eventual penalty demanded by the OHSA was an insulting $1,700 per worker, and while the possibility of criminal charges was investigated, none were filed. “Blame the worker” tactics abounded in this situation, with the company engaging in campaigns to discredit both the workers and the OHSA.

Granted, all this happened a long time ago, but it serves as a warning about how difficult it can be to get employers to own up to mistakes. And even when they do, it can be equally as difficult to secure compensation and effect a change in their policy.

The Westray Mine Disaster

While not technically a construction site, and not in the U.S, the Canadian mining disaster that took the lives of 26 people is definitely worth mentioning.

This event was so impactful it’s recorded in The Canadian Encyclopedia. It changed the way Canadians think about workplace safety and the workplace legislation that followed was inspired by, and named after it. In 1992, sparks from a drill ignited a pocket of methane gas in the Westray mine, killing all 26 miners that were working underground at the time.

The investigation took 2 years, and uncovered a great deal of demons. According to The Canadian Encyclopedia:

“It would be another two years before Justice Richard released his final report, ‘The Westray Story: A Predictable Path to Disaster.’ The report was a scathing indictment of the actions, or lack of action, of Westray managers, provincial bureaucrats and politicians. Richard concluded that ‘(Westray) is a story of incompetence, of mismanagement, of bureaucratic bungling, of deceit, of ruthlessness, of cover-up, of apathy, of expediency, and of cynical indifference.’”

Despite this, prosecutors failed to get any charges to stick, and they were all dismissed after months and years-long processes. In response to the lack of effective follow up, and due to years of lobbying from the families and advocates of victims, a bill was signed into law that would make Canadian companies more responsible for the safety of their employees.

As legislation catches up, and consumers move toward supporting more ethical companies, it will hopefully become easier to avoid disasters like these. They do, however, happen. It’s important not to idly rely on the advancements we’ve made in workers’ protections. Rather, you need to use the rights and responsibilities they afford you with to help keep employers in check.

Also remember that injuries happen at work all the time without disasters. Sometimes, unsafe conditions don’t present themselves obviously. Hearing loss is one of the most common form of workplace injury, due to unsafe decibel levels and lack of proper safety equipment. So remember to be vigilant about safety in your workplace, and consider very carefully all the hazards you might be exposed to. Then check what your employer’s policy is. If it’s out of date or non-existent, then push for an update!

Workplaces are safest when management and employees work together. When that relationship breaks down, or doesn’t exist in the first place, tragedy can strike.

This article is provided by Noah Rue. Noah is a writer, a digital nomad, and a graduate of the lessons of life (primary) and also the University of Idaho. These days, Noah teaches English as a second language in lovely Puerto Vallarta, Mexico and moonlights as a content strategist for an American based marketing company.